An unfortunate fact of economic life is that a family cannot live as cheaply divided as it can together. Thus, after a divorce, the living standard of the entire family is often lowered and the court often finds itself in the unenviable position of having to divide a scarcity of resources. Also, there is the problem of changing the child support order to meet changing needs of children and enforcing court orders against fathers and mothers who either refuse to make court-ordered child support payments or who cannot do so due to circumstances beyond their control. Both parents have a legal duty to support their child according to their ability to do so. 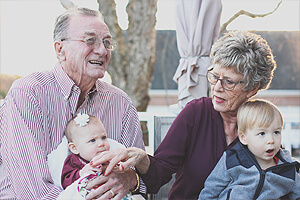 When a non-custodial parent does not pay the full amount or does not pay at all, enforcement action is necessary.
These are actions that enforce child support:
• Withholding child support from paychecks, unemployment or weekly worker’s compensation benefits
• Intercepting federal and/or state income tax refunds
• Reporting the parent’s delinquent child support payments to the three credit reporting bureaus
• Suspension or revocation of a non-custodial parent’s drivers’, professional, occupational or recreational hunting or fishing licenses for their failure to pay child support as ordered
• Filing contempt actions in the superior court which may result in a jail sentence if the non-custodial parent is found to be in contempt of court
• Filing of liens to seize matched bank accounts, lump sum worker’s compensation settlements, and real or personal property
• Denial, suspension or revocation of the passport

If a parent does not obey a support order, he or she may be found in contempt of court. A contempt action may be filed against the non-custodial parent who fails to make support payments or does not maintain the required medical insurance. Non-custodial parents found in contempt of court may be fined, sentenced to jail or both.All states also have criminal statutes on the books to punish parents who refuse to pay their child support. If the custodial parent complains to the district attorney’s office, it may seek an indictment against the non-paying parent in criminal court. If the defendant is found guilty, he or she may be jailed. Or, the guilty parent may be put on probation and allowed to remain free if he or she pays all back child support and makes all future payments in a timely manner.