Child support is a series of payments typically made by a noncustodial divorced parent to support one’s minor child or children. The need for child support payments usually arises when one parent does not have physical custody of his or her child, so that parent’s income does not benefit the child on a daily basis. Most of the children who lived in single-parent families have a legal right to a child support order. Child support can be voluntary or court ordered and can be secured through a divorce decree or a separate action.Support is given to provide for the child’s basic needs and to allow the child to share in the standard of living of both parents.A petition for support is usually begun in a state court where the plaintiff (the parent seeking the order) resides. 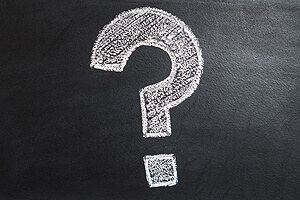 Before support can be awarded, parentage (called Paternity in the case of fathers, maternity in the case of mothers) must be demonstrated. Parentage is the identity and origins of the child’s parents. There are many ways to prove parentage such as;the child was born during the course of a marriage, the person is recorded on the birth certificate as a parent of the child, and the person has been found to be a parent of the child by a relevant court. A parent may also undergo blood tests or DNA tests. A DNA test involves collecting a sample (usually a mouth swab) from each parent and child. The DNA from each sample is then compared. Testing can be done voluntarily, or it can be ordered by a court.

Determining a child support award is one of the most important parts of a divorce.Child support payments are paid by the noncustodial parent to the custodial parent.In addition to the Child Support Guidelines, the court will take a number of other factors into consideration so they can determine the award that will allow the child to feel the least amount of financial impact of divorce. The goal is for the child to be able to continue living the same quality of life, even though so many other factors of their life will change.Some of the many factors that the court may consider when determining a fair child support obligation include; the child’s needs, the family’s standard of living before the divorce, each parent’s economic circumstances, the income and earning capacity of each party, each family member’s age and health, other children in need of support and other factors deemed important. Any income, assets, and earning ability of the child are also examined. Once these various factors have been taken into account, the court will have enough information to make an informed decision on the awards of child support.

There are consequences if payments aren’t made on time. A nonpayer may face contempt-of-court charges and civil penalties. Criminal sanctions can include a jail sentence or a fine, but these punishments are used sparingly and for repeat violations. The prosecution may proceed on a misdemeanor or felony level, depending on the circumstances. In addition, federal prosecution may occur for a parent who crosses a state line to avoid paying support.